We Are All About Responsible Lending

Enova is a member of leading financial services trade associations in two countries, and we offer financing in a total of four. That means dealing with a whole lot of different lending laws! But we always work hard to ensure we comply with all applicable lending laws and regulations in each country.

We are one of the largest licensed lenders in the U.S. and are members of both the Online Lenders Alliance (OLA) and Innovative Lending Platform Association (ILPA).

"We're a mission-driven organization helping hardworking people get access to fast, trustworthy credit. Our Focused Growth strategy has enabled us to grow rapidly and deliver on that mission with world-class products and services." 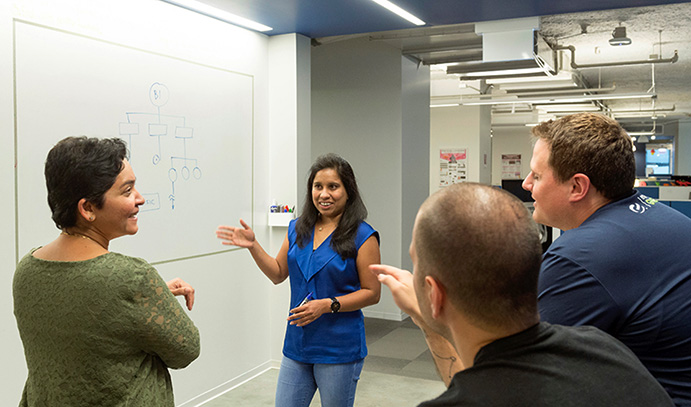 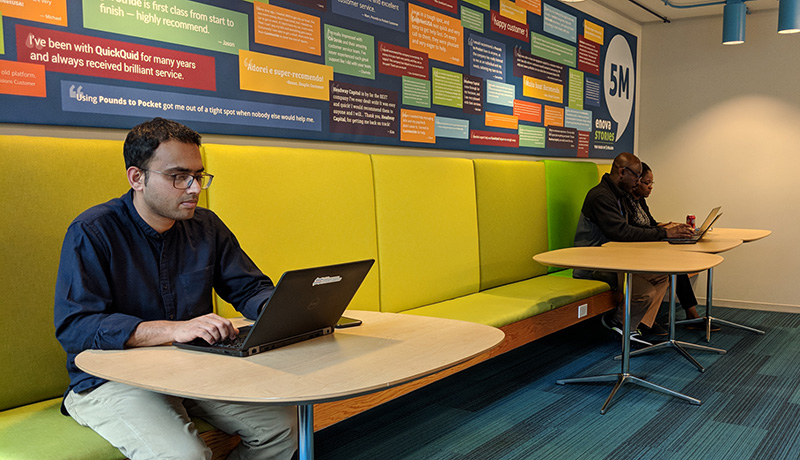 We haven't gotten to where we are today purely on luck — it's taken a lot of hard work and persistence from everyone, and that goes double for our leaders. They're responsible for creating Enova's vision and developing the roadmap for getting us there. And while luck may not play a part in our success, we are certainly lucky to say we have fintech's best leaders, analysts, marketers and technologists on our teams, bringing decades' worth of experience from a diverse array of backgrounds.

David joined Enova as CEO in 2013. From 2007 to 2012, he served as CFO, President and then CEO at optionsXpress, spearheading the company's sale to Charles Schwab in 2011 for $1.4 billion (including a one-time dividend). He has also served as CFO of Potbelly Sandwich Works and CFO of Prism Financial Corporation. He was a member of Crain’s 40 Under 40 and has been a frequent contributor on Jim Cramer's Mad Money. David has a JD from Northwestern University, graduating magna cum laude, and a BS in Finance from the University of Illinois. In his free time, David enjoys skiing, competing in triathlons, cooking and spending time with his family.

Kirk joined Enova as CMO in 2013, leading the Global Marketing, Communications, and Corporate Development groups. From 2010 through 2012, he served as CMO at optionsXpress, first leading the global marketing and business development groups and then the integration into Charles Schwab following its sale. He was the Senior Managing Principal for Strategy at Zyman Group (part of MDC Partners) from 2005 to 2010, and was contracted as the interim Marketing and Distribution leader at Safeco Insurance and Global Product Marketing Leader at EDS. Kirk has an MBA from Syracuse University, a BA in Economics from Holy Cross and a BS in Engineering from Worcester Polytechnic Institute. He is also a former Marine Corps Officer and combat helicopter pilot.

Steven Cunningham serves as Enova’s Chief Financial Officer. He joined the company in 2016 from Discover Financial Services, where he was Executive Vice President and Chief Risk Officer. He also served as Discover’s Senior Vice President and Corporate Treasurer during his time there. Previously, Steve was the Chief Financial Officer for Harley-Davidson Financial Services and the Chief Financial Officer for Capital One’s Auto Finance and Banking segments. Steve holds an MBA from George Washington University and a BS in Corporate Finance and Investment Management from the University of Alabama. In his free time, Steve enjoys exercising, playing the guitar, following college football, and spending time with his three children.

Joe joined Enova in 2014 and serves as Chief Technology Officer and Chief Analytics Officer. Prior to working at Enova, he served as Director and Practice Leader of Advanced Analytics for Chicago-based West Monroe Partners. He also held a number of executive positions at HAVI and the Allant Group. Joe received a BA in Economics from Lewis University and an MA in Economics from the University of Illinois at Chicago. He currently serves on the boards of the Chicago Chapter of the American Statistical Association and the UIC College of Business Administration. Joe lives in the Chicago area with his wife and daughters.

Nick Drew has more than 17 years of experience in the financial and online payments industries. He joined Enova in 2014. Previously, he led software engineering activities at BT Ventures and managed a series of FCA-regulated "e-money" businesses, including PSP International as well as ClickandBuy, which is part of the Deutsche Telekom Group. Nick studied electronic engineering and has several accreditations in the field of software development.

Jim joined Enova in 2018 and leads Enova Small Business as well as Enova Decisions. With a decade of experience in online lending, Jim came to Enova from Lendio, a leading small business financing marketplace, where he served as President. Jim also previously served as COO at FDI Management and ZOA. He holds his BA in Accounting and Finance from Arizona State University. Jim lives in Chicago with his wife and two children — and enjoys golfing in his spare time.

Ranning joined Enova in 2010 and serves as Vice President of Strategy & Operations. She is responsible for Enova's U.S. subprime business and near-prime line of credit offering, as well as Enova's Contact Center. Ranning previously served as Senior Director of Business. Prior to Enova, she held international roles in Operations Strategy at DHL and Internal Consulting at DMG. Ranning has an MBA from the MIT Sloan School of Management, and a BA from Fudan University. In her free time, Ranning enjoys cooking and traveling. She lives in Chicago with her husband and son.

Stacey serves as Enova's Chief People Officer and leads the company's Recruiting, Talent Development, People Resources, PeopleTech and Compensation & Benefits teams. She joined Enova in 2018 from Groupon, where she served as Vice President of Global Talent Acquisition and HR Operations. Prior to Groupon, Stacey was the head of Human Resources for the Museum of Science and Industry (MSI) and held a number of HR leadership positions at Thomson Reuters and Hubbard One. Stacey holds a BA from Indiana University. In her free time, she enjoys spending time with her family and volunteering as a Team Manager for the Chicago Fire Juniors youth soccer program.

Sean joined Enova in 2013 and serves as the company's General Counsel and Chief Compliance Officer. From 2002 to 2012, he served as Associate General Counsel & Compliance Officer at First American Bank, prior to which he worked in private practice. Sean has a JD and a BS in Accountancy from DePaul University. In his free time, Sean enjoys spending time with his two daughters, playing sports, and all things Irish. He has played Gaelic football competitively for over 20 years. 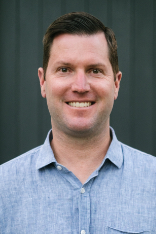 Cory serves as Senior Vice President and co-leads Enova Small Business. He was formerly OnDeck’s Chief Operations Officer and General Counsel before Enova’s acquisition in 2020. Prior to joining OnDeck, Cory was an associate at Paul, Weiss, Rifkind, Wharton & Garrison LLP. He holds a BBA in International Business from the University of Georgia, where he graduated first in class, an MBA from Duke’s Fuqua School of Business and a JD from the Duke University School of Law. Cory aims to attend a football game at every Southeastern Conference stadium — and he’s halfway there!